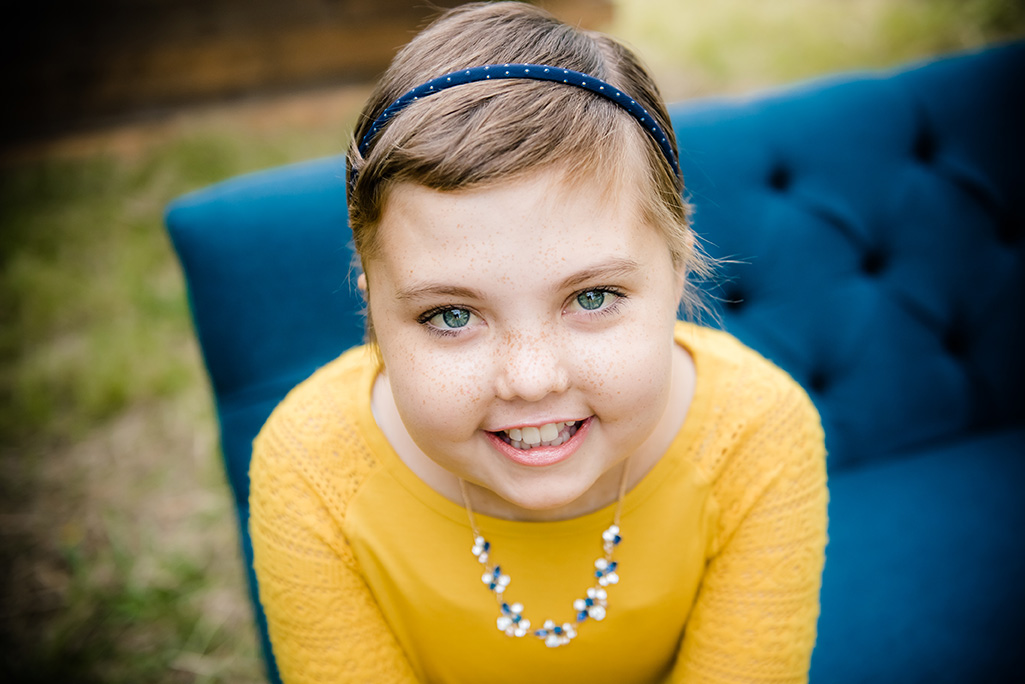 Mackenzie Asher was born on May 6th, 2006, in Oklahoma City. She was born a preemie and began her life as a fighter; a theme would carry on for years to come. Mackenzie had four brothers and could always be found doing art & crafts, dancing, making friends, and trying to be a YouTube star.

On June 10th of 2016, Mackenzie was diagnosed with Acute Myeloid Leukemia (AML) after having symptoms such as bruising, feeling fatigued and jaundiced. To make matters worse, Mackenzie’s doctors discovered she had a specific type of AML called FLT-3, one of the more aggressive and high-risk forms of leukemia. She spent the next seven months in the hospital as her body had a tough time recovering from each round of chemo. In addition to the chemo, she eventually had a bone marrow transplant. Stem cells were given to her by her mother, who was a partial match after two donors that were perfect matches backed out. Despite her uphill battle, Mackenzie stayed positive and enjoyed many aspects of the Children’s hospital in Oklahoma City. She even had no evidence of disease about eight months after her diagnosis, and she only had to do routine maintenance therapy and short hospital stays, on and off again.

After feeling like she was finally getting her life back, routine bloodwork showed that Mackenzie had relapsed. The months following were tough, but we made the most out of the time together by doing “bucket list” activities with her and making as many memories as possible. Mackenzie rode in a helicopter, a hot air balloon, went on her first date, learned to drive a car (at just 11 years old), and baked and sold cupcakes at a local bakery. She traveled to Los Angeles for her Make-a-wish trip with all of her family and attended an OU football game as a VIP, where she met Baker Mayfield.

Despite aggressive treatment, Mackenzie passed away on December 7th, 2017, with her parents by her side. At her funeral, Baker Mayfield and many friends came and spoke about how special Mackenzie was and how much she had left an imprint on their lives. Baker would later go on to dedicate the season to her and talk about her the night he won the Heisman trophy. Mackenzie was an inspiration to many people and was a role model in her fight with cancer. She never gave up, and her story has motivated many people to help others and give back where they can.

To honor Mackenzie’s memory, her Dad and Step-Mom created The Mack Impact in her name to give other Oklahoma children fighting cancer an opportunity to have amazing “bucket list” experiences during their downtime from the hospital. They also remain advocates for Be The Match, the national bone marrow registry and many other local pediatric cancer charities.